The MIT Media Lab has unveiled a new interactive peripheral, which will be the stepping stone to tactile interaction over air.

The inFORM is basically a table, enclosing a CPU and motor system, which are in turn connected to the surface. The surface is able to change shape three dimensionally, and thanks to a hacked Kinect sensor, will track motion and interact with real life objects.

The concept behind the peripheral isn’t that hard to understand; The CPU is aware of its surroundings, and other than display simple graphics, it will display shapes in real time. Imagine for example, chatting with someone over Skype, and physically shaking hands with the other person, or play catch with him.

“As humans, we have evolved to interact physically with our environments, but in the 21st century, we’re missing out on all of this tactile sensation that is meant to guide us, limit us, and make us feel more connected… In the transition to purely digital interfaces, something profound has been lost.”

Apart from interaction over the air, the inFORM is able to track gestures which it can interpret as interaction commands, making this device a fundamental tool in several industries of the future.

Even though the shapes represented by the surface are basic at the moment, the MIT Lab believes that in the near future the interaction will be complex that you would basically be able to press buttons or turn knobs over the air.

The inFORM is a testing ground of what we should expect in the near future; it is the a base for research and development, bringing back tactile feedback to a now fully digital age.

inFORM – Interacting With a Dynamic Shape Display from Tangible Media Group on Vimeo. 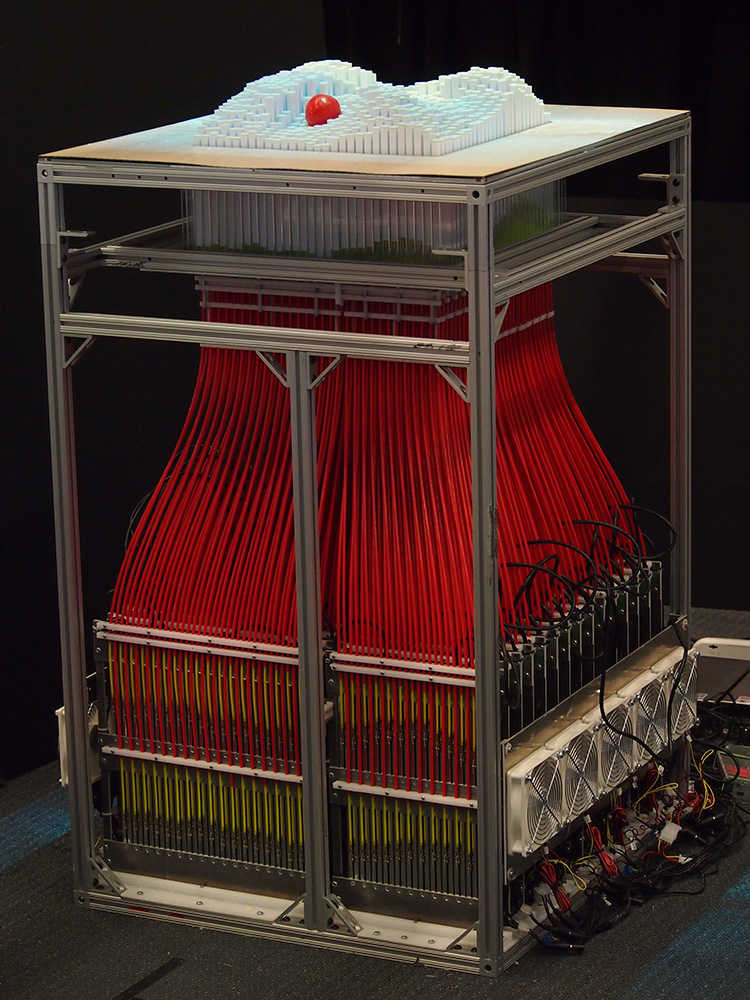