As expected, during yesterday's Playstation Media Event, SCE unveiled their upcoming home console, the Playstation 4. During this event various developers and key figures in the industry showed off the sheer power of this console, with a strong focus on being extremely developer friendly, allowing their creativity to go wild.

The first item on SCE's agenda, was the hardware. The console will sport an eight core x86 AMD Jaguar CPU, and a whopping 8GB GDDR5 RAM, allowing flawless computations and multitasking like never before. The GPU is a custom made 1.84TFLOPS AMD Based PC GPU, allowing unparalleled visuals close to CG. The Console has been also confirmed to have an built in HDD and a Bluray reader. The full specifications of the Console can be viewed by clicking here. 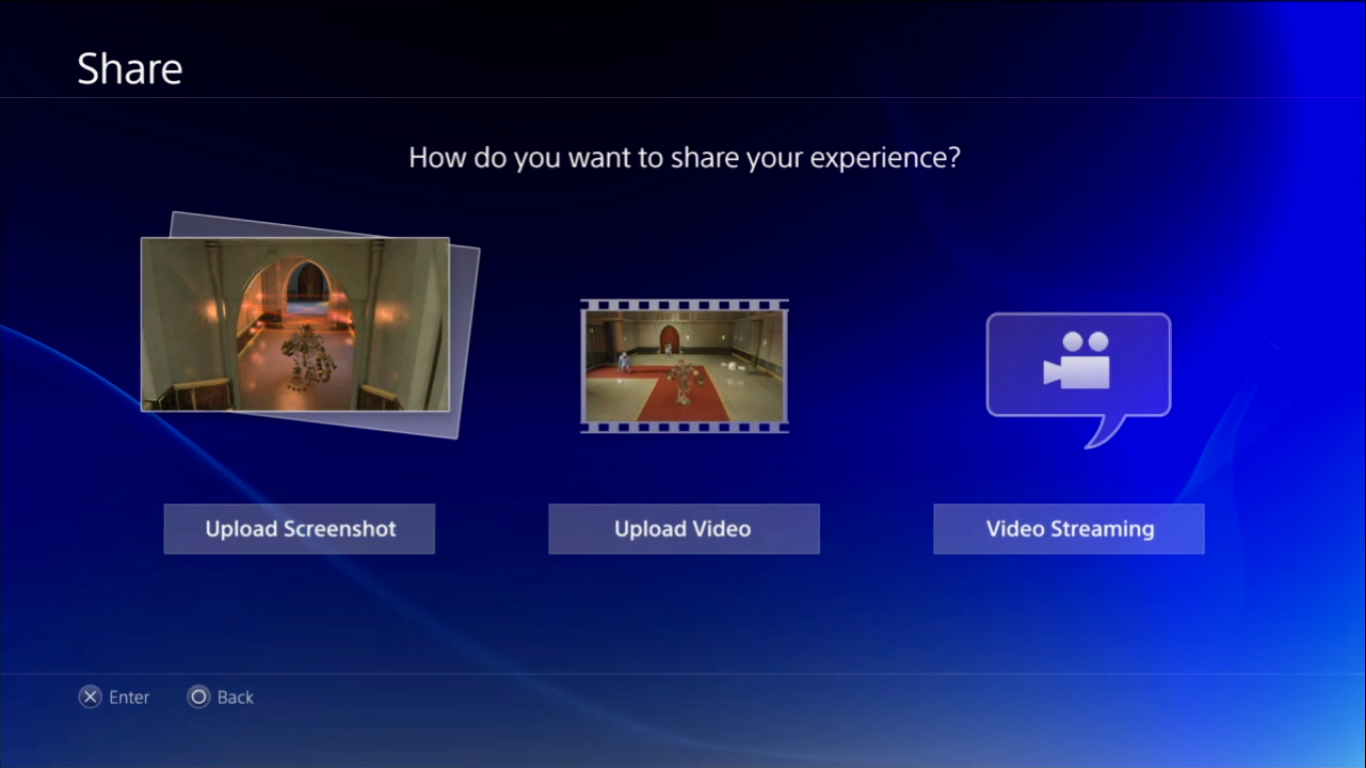 The new Dual shock 4 was also revealed, which can be viewed here. The controller kept the same appearance, but adding a couple of new features which were rumored last week. a new touch pad has been integrated in the Centre of the controller, alongside a speaker, and the famous share button. The move sensor was also integrated in the controller it self, providing better feedback on motion/sixaxis input. The rumble feature and buttons have been tweaked, and new trigger buttons have replaced the old design. The move integration in the controller required a peripheral to work as expected, and this time it is a stereo camera sensor bar which provides better tracking.The share button allows users to share videos of their latest gameplay, and also screen shots. The console has a brand new feature which allows the user to pause the game and turn the console on standby mode without loosing game data. Once the console is powered back on the user will be able to continue the game were he left off.

Gaikai also made an appearance on the show floor, and their input in this platform turns out to be fundamental in the creation of unique features. All games found on the Playstation store can be tried out free of charge, and played live, without the need of downloading trial versions. SCE's aim is to trim the fat, and eliminating loading times and installation times. In fact users of the PS4 will now be able to play a game, whilst being downloaded. Gaikai also showed off the implementation of a new kind of remote play, which allows users to play their PS4 titles across all platforms compatible with the console, which include, Tablets, Smartphones, and the Playstation Vita. This combination of all these different platforms will allow user to socially interact with their friends list even if they are not near their console. Gaikai also described a new prediction feature, whereby the console learns buying patters, which allows the PS4 to predict your next buy, and making it readily available to download. This feature will also allow the Store to show the user only the games he might be interested in, to avoid wasting time going through long lists of titles which the user doesn't like. 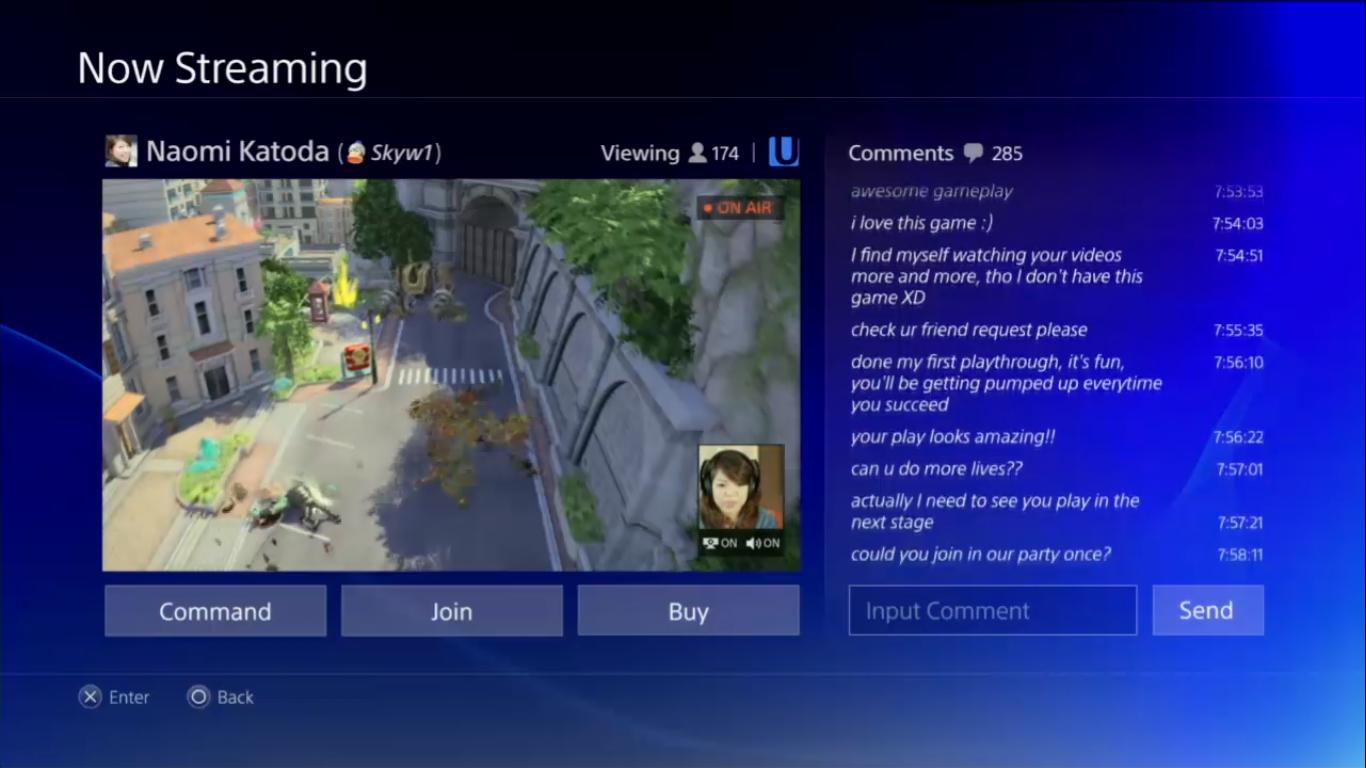 Social networking and building a strong gaming community have been predominant during this event, and SCE with the help of Gaikai will be amalgamating social networks with the store and the platform in ways we never even though possible. Users will be able to have spectators whilst playing, chat with his/her friends, as for help from the community, and also allowing another user to take over the controller to help him/her skip a hard part in the game. Gaikai Technology will be integrated in the console, allowing the PS4 to become a high speed server, whilst having Tablets, Smartphones, and the Vita as it's clients. The console will not be backward compatible, but all Playstation 3, 2, and 1 title will make their way to the Store in digital format, and can be played across all the compatible platforms.

The event then progressed to showing the public a series of titles which are set to hit the Playstation 4 platform, and all gameplay footage was rendered in real time. 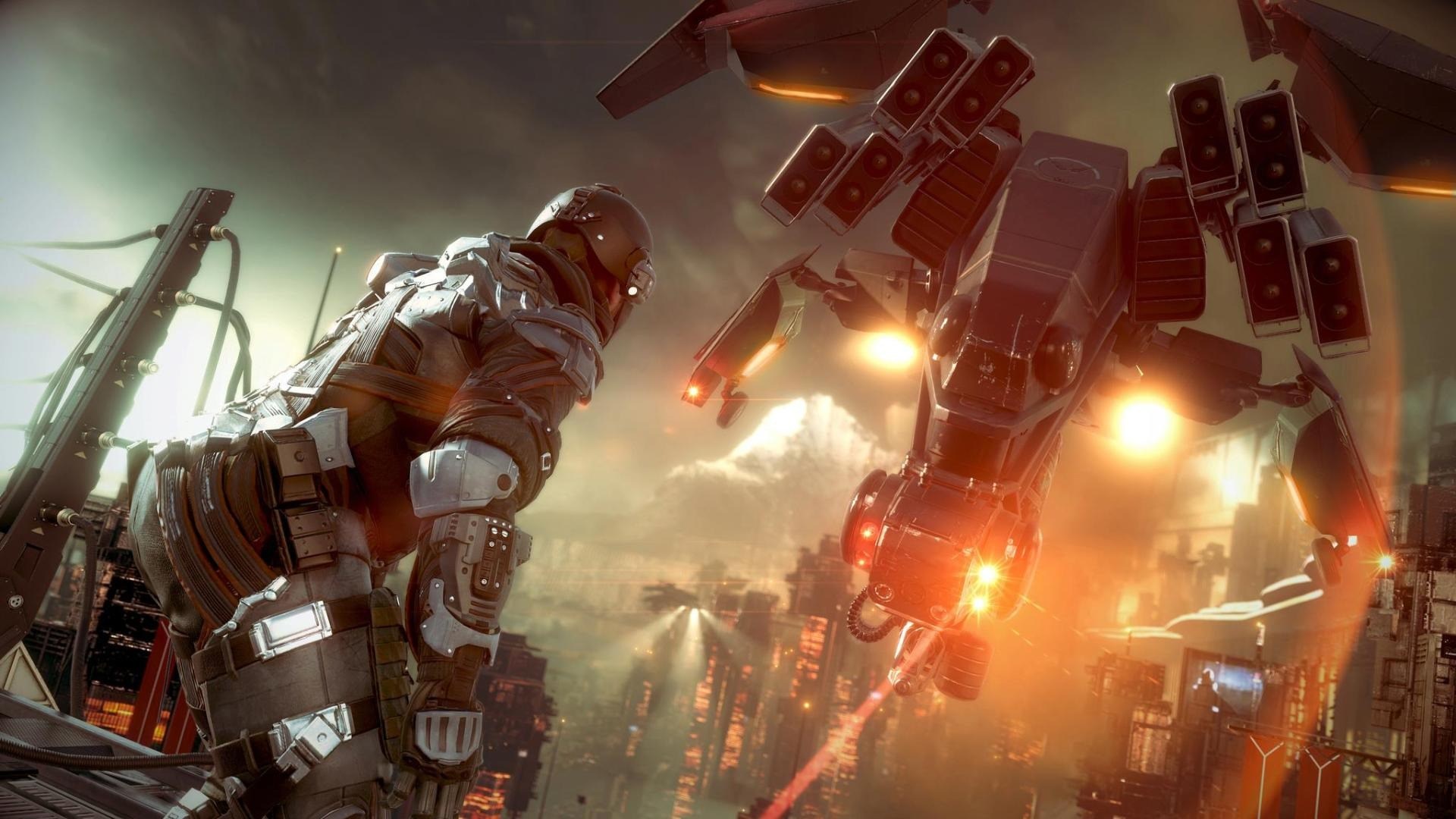 Evolution Studios showed off Drive Club, which is essentially an extremely detailed racing title which focuses on cooperative gameplay. Clubs across the world can be created, and races, events, and challenges take place with everyone competing against one another. Extreme detail has been put in the visual characteristics of the game. Every thread, every fiber, and every metallic paint flake has been rendered individually, providing amazing visual characteristics.The next installment in the Killzone franchise was showed off, and played on stage, and it left the public in awe. You can vie the full gameplay footage right here. Sucker Punch also made an appearance and showed off their upcoming installment in the Infamous franchise, which seems to focus on brand new characters. You can view the teaser here.

SCE promised to provide an open console for self publishing, which allows Indie developers to get their product out there. The first indie title showed during this event was The Witness which is a puzzle title being developed by the same team behind Braid. You can view the trailer here. Media Molecule also made an appearance on stage and showed off a new concept, for creating your own content for gameplay. This time they used the Move peripheral as a tool in creating your own world and also interacting with them. You can watch the demoed technology here.

Capcom are strong supporters of the Playstation 4 and revealed their brand new Engine, the Panta Rhei, which is being developed head to head with a brand new title called Deep Down. Square Enix took over and showed off the cinematic Tech demo showed during last year's E3, which was apparently running in real-time on the new console. They also announced that the next installment in the Final Fantasy franchise will be unveiled this year's E3. Ubisoft's most talked abut title last year, Watch Dogs, was played in real time using the console, and even though it is still an early demo, the game looked fantastic.

For the first time ever, Blizzard made an appearance and announced that Diablo 3 will be hitting the PS4 platform exclusively, with some tweaking to the visuals and some cool new added features including 4 player coop in full-screen. Quantic Dream's David Cage also made a brief appearance showing off the visual capabilities which can be acheived thanks to the PS3. He focused a lot on the fact that facial characteristics are a key to providing the user with emotion, and with such a powerful tool, they can achieve so much, that a new dimension of gaming experience can be explored. Last but not least Activision presented Bungie's new upcoming FPS, Destiny. The title will be available for both the PS3 and PS4, and will feature exclusive content for the Playstation Community.

The event ended without giving us a glimpse of how the console looks, but this event has surely not disappointed. It is a very important step Sony too, by listening to what developers want and need from a console. And creating such a powerful and a developer friendly platform, will give the studios the much needed freedom they deserve, unleashing their creativity and making way for new dimensions. The platform is set to hit the shelves this holiday season, and during this E3 the console will be fully revealed alongside several new titles. I cannot help but feel extremely excited for what's to come, and also happy about Sony's new attitude and approach.