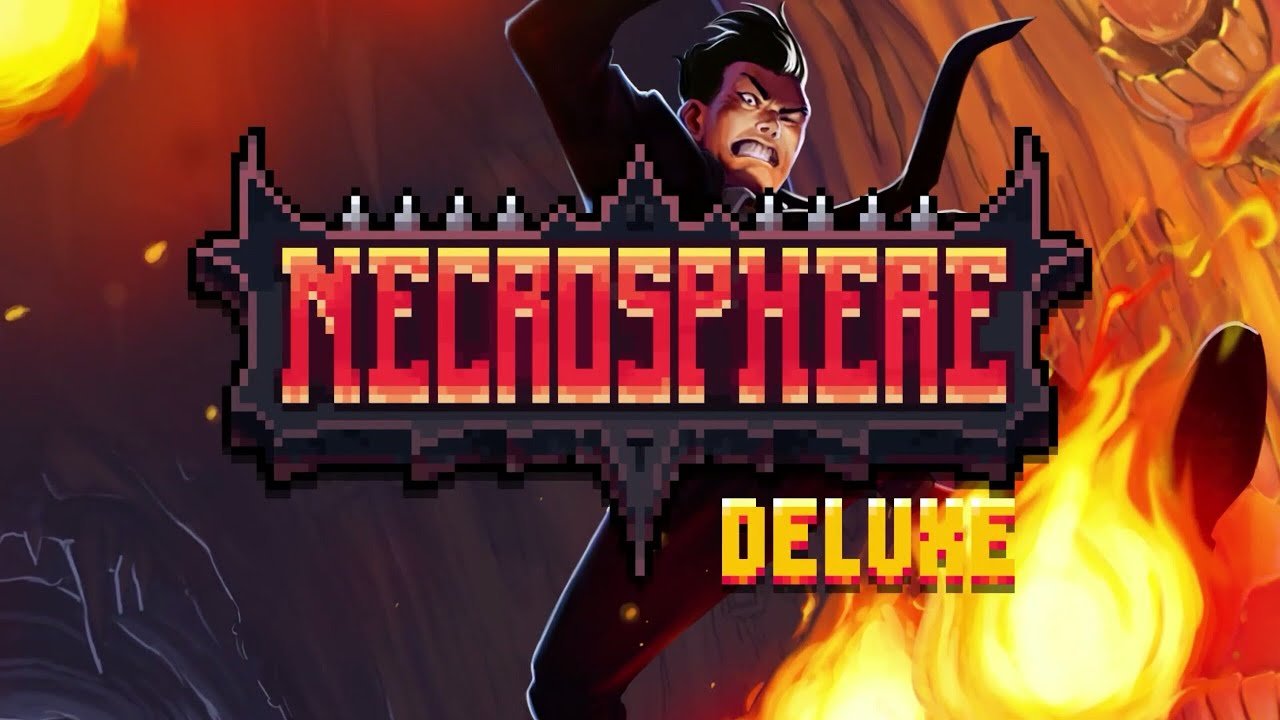 Necrospehere is a sweet but challenging minimalistic platformer with metroidvania elements. The player controls a little sprite called Terry; a federal agent who wakes in the necrosphere after dying in a mission. The goal of the game is to guide Terry out of the necrosphere which is comprised of four subsections, while collecting DVDs of his favourite show. I guess it’s a shame that Netflix isn’t available in the necrosphere.

The novelty here is that Terry is controlled via just two buttons; pressing the right shoulder button makes Terry walk right and the left shoulder button, as you can easily guess, makes Terry walk left. That’s right, no jump button here. Instead there are bubbles that when Terry walks on them propel him upwards. This system does take a bit of getting used to, but once the player gets used to it, it seems to work pretty well. That said this is not something you appreciate when you fail to land the last in a sequence of jumps. But luckily the game nails the checkpoint systems and you restart not far off from where you previously fell. It also takes about a second for Terry to re-spawn so the game keeps flowing.

This game is challenging. But solving puzzles and conquering platforming segments does feel genuinely rewarding. Unlike similar games, you will find very little enemies standing in your way here. There a few green sprites which occasionally appear, that at first you need to avoid and later you can defeat when finding the ability to do so. But for the most part you’ll be solving puzzles and trying to navigate the challenging terrain. There are also a number of abilities hidden in the necrosphere which the player needs to find to be able to progress and they help to keep things interesting with the jetpack being my favourite one. Besides abilities you’ll also find notes left for Terry by his partner agents which helps add some context to the game.

Personally speaking platforming games in general tend to annoy the bejesus out of me. That said, I do appreciate that Cat Nigiri created a simple yet engaging title that places the focus on gameplay.

The bundle tested also has another segment called Terry’s Dream which is even harder than the main game. Considering that the game has a soothing soundtrack and retails under a tenner it’s definitely worth a shot. It may not be everyone’s cup of tea, but if you like puzzle platformers or fancy a simple, engaging challenge, Necrosphere comes highly recommended.