SCE have officially announced the God of War limited edition bundle commemorating the release of God of War Ascension this March. The bundle will include a limited edition Garnet Red Playstation 3 Ultra Slim system with a 500Gb HDD, Matching Dual Shock 3 Controller, The entire God of War Saga (which includes all the five games previously released), God of War Ascension, and a 30 day Playstation Plus Trial Voucher. This bundle will be available at launch for the price of $350. 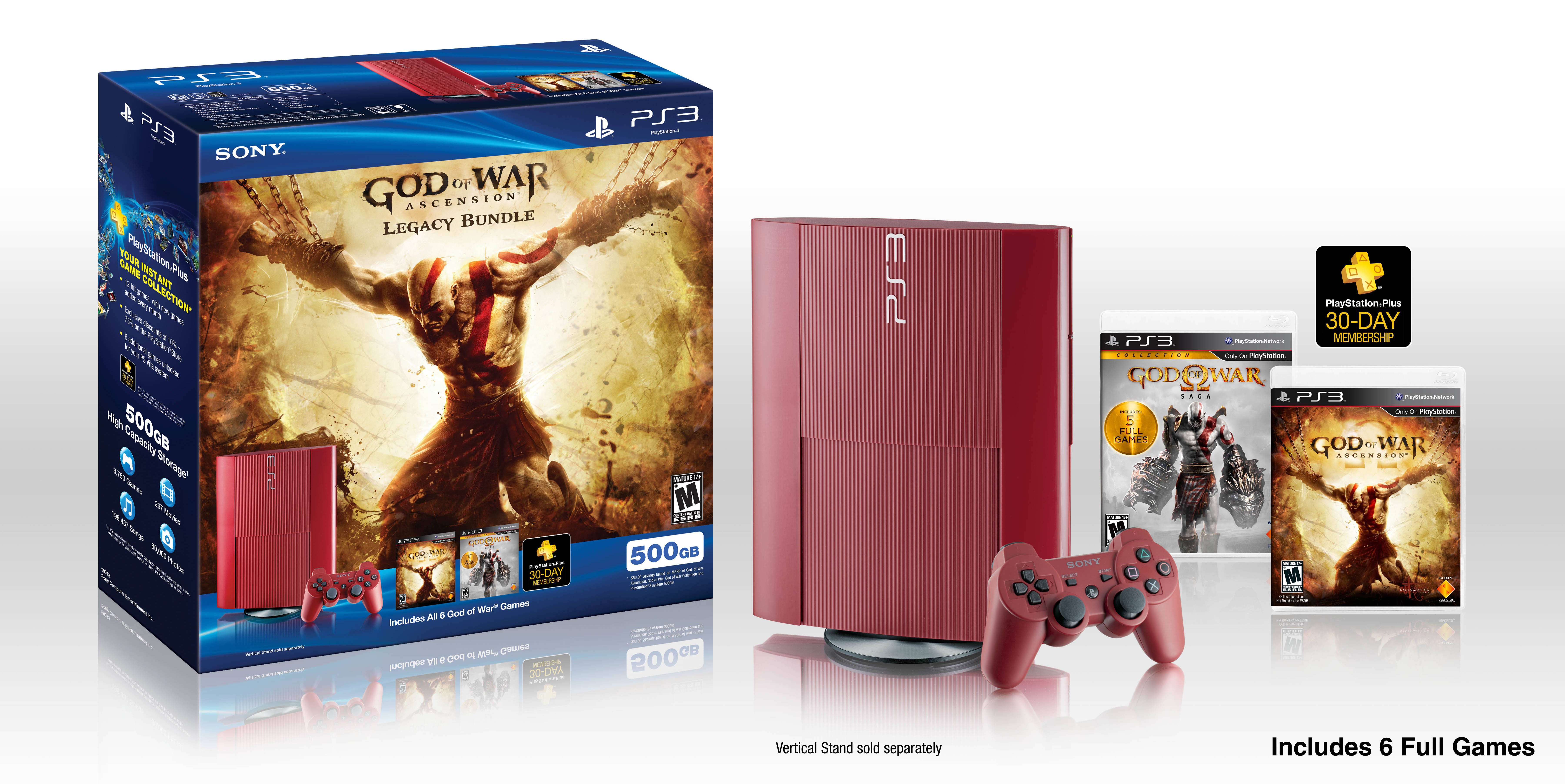