It seems like Borderlands will be making its debut on the Apple portable platform pretty soon, after an image displaying an announcement for Borderlands Legends has surfaced the net this morning. The app is specifically designed for the iOS mobiles and tablets, allowing users to play as Roland, Lilith, Mordecai or Brick and take out waves of enemies. Users will also be able to collect in game cash to purchase weapons or level up their character, and will able to play several modes including fight for your life. Later this week 2K will release the first screens and footage from the title. 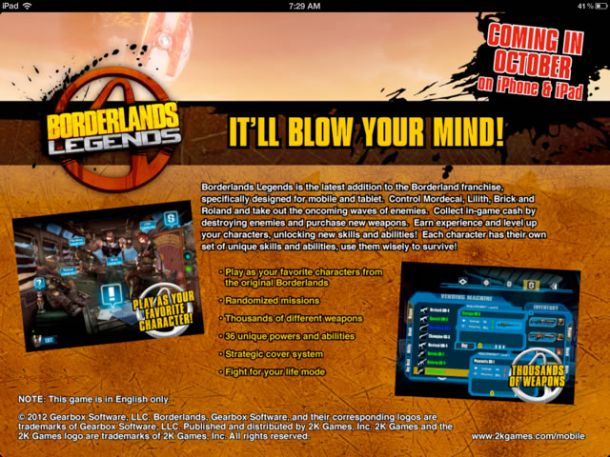