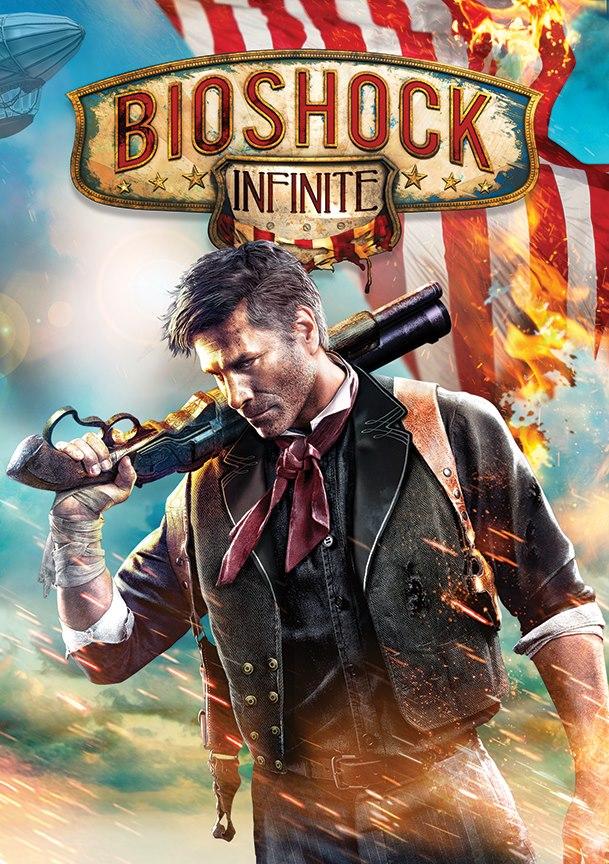 Ever since its unveiling, Bioshock Infinite has intrigued every one even remotely interested in gaming and for Ken Levine, the game's creator, it has been tough to realize his vision of the game and meet the expectations set in everybody's mind. This game must have passed through a handful of creative personnel, and I for one thought that this game would be stuck in development hell, maybe, never to see the light of day, but after several delays and promises reassuring that the game will live up to Levine’s vision, the game finally made it, and even though this release was my most anticipated title of this year, I couldn’t help but feel a bit skeptical at whether or not it would be as good as I imagined.

Audio and Video: The audio aspect of the title is superb, the soundtrack blends extremely well with the design of the title and manages to enhance the emotions you experience during gameplay. The surround effects are well made and every sound effect is extremely realistic. The visual aspect of the game is simply overwhelming; there aren’t enough words in my vocabulary to describe the beauty of the visual elements in Bioshock Infinite. The environments are huge and the attention to detail left me speechless. The game has two sides to its visual experience, on one side you have the clean, colorful, and overall gorgeous environments that make up the city in the sky, and on the other side you have the dark, gritty, and grim side to it which manages to give this game an artistic balance of which I have never seen implemented in a game before. The textures, lighting, high speed and battle sequences look great, and both the physics and character design are fantastic. You might meet some slight screen tearing early on in the game in the console version, but there is so much stuff going on onscreen, I am amazed it runs on this generation consoles at all.

Gameplay Mechanics: Even though this game is separate from the original Bioshock series, the gameplay mechanics have been passed on with a little tweak here and there to blend with the new features. The RPG elements are great, and as you progress through the game you unlock so many awesome and amazing powers you don’t even have enough time to make use of them all. Collecting/looting money will allow you to upgrade these powers, and as you progress through the game you’ll also unlock several abilities which can be carried out by you or Elizabeth (your storyline companion). Elizabeth also has the ability to open rifts through time which during battle will allow you to make use of objects from another dimension to aid you in your fight. The premise might sound a bit complicated but the controls are so intuitive that you’ll manage to grasp the concept quickly and wreak havoc around the city. The pacing of the game is extremely good; there isn’t that constant pressure to fight with endless re-spawning enemies, which gives you the chance to scavenge around the map to upgrade your weapons and powers.

Verdict: Well, from my tone you can definitely predict what my verdict is. It’s not a secret that I fell in love with Bioshock Infinite, and I still constantly think about it. I grew fond of the characters in the game, and I really felt like I bonded with them, which got me more immersed in the story and delivered an unparalleled experience. What Ken Levine and the guys at Irrational managed to do is bring to life an artistic masterpiece, a brilliantly executed game which deserves to have its very own spot in the gaming hall of fame.